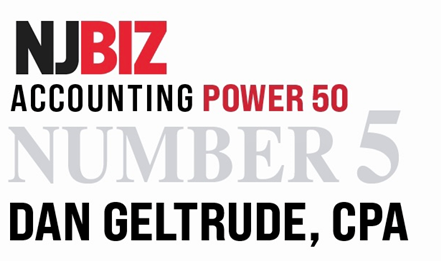 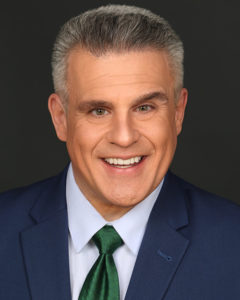 Dan Geltrude, founder of Geltrude & Co., is a respected CPA and a Renaissance Man. He has sat — by appointment of the governor — on the state Board of Accountancy since 2010, on the board of two successful banking institutions over a 15-year period and currently continues with a third in an advisory capacity, and holds a license for life, health and disability insurance. He’s also an adjunct accounting professor at Montclair State University.

New Jersey runs through Geltrude’s veins, but his face and voice are known nationally, thanks to daily appearances on major media outlets such as Fox News. It is not uncommon for Geltrude, known as “America’s Accountant,” to be called upon, with little advance notice, to comment on issues as disparate as year-end tax tips to the economic fallout of Russia’s invasion of Ukraine. “It means I’ve got to be current on a range of topics,” he said. “On live TV, you can’t say, ‘let me get back to you on that.’”

Despite his many media appearances, Geltrude notes that his primary commitment is to his clients, which include privately held companies, and the real estate industry where he works with top developers. Geltrude also directs the firm’s Family Office Practice, where he focuses on servicing the complex and sophisticated needs of wealthy families and the firms that advise them.

Check out the complete list of winners on NJBIZ.com.

Managing Partner Conference: M&A from the Buy Side of the Transaction
Scroll to top